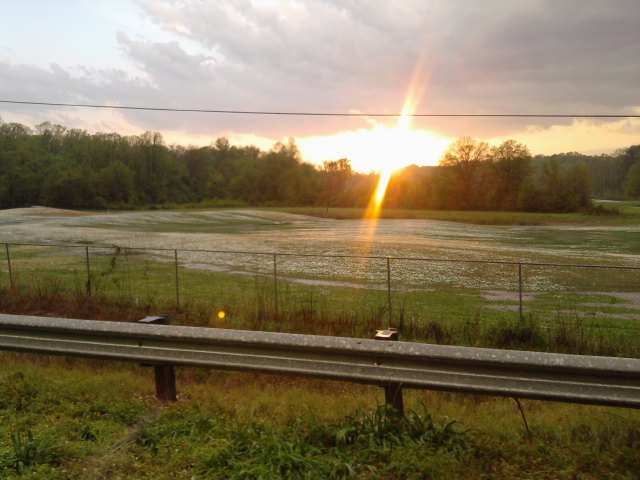 The grassroots effort to create the 15th and last chartered city in Fulton County won a decisive victory on Election Day with 59.3% of the vote. 72% of the 59,478 registered voters cast a ballot for or against the referendum either during Early Voting or on Election Day. The victory was assured with wins in 32 of the 36 voting precincts including a tie in the Cascade Road precinct of SC02.

The ground game by the advocates led by the People’s Campaign won the referendum hands down. It is clear that the early start and push to get out the vote as early as May was the catalyst. Though the opponents were better funded they started too late and failed to reach out to the citizens like the advocates. There was clearly a coalition of former South Fulton city hood groups along with Protecting Our Schools that made up the team that brought it home.

The advocates conducted more than 20 Town Hall Meetings designed to educate citizens across the city (that’s sounds good, city), posted thousands of signs, dozens and dozens of presentations to individual homeowner groups, created a newspaper “The Messenger”, created social media posts on Facebook, Next Door, Twitter and Instagram that went viral, knocked on thousands of doors, shook thousands of hands, held signs during Early Voting and sent a number of mailers from each of the advocate groups.

On the other side, they didn’t appear to put forth as much effort. They did spend a large amount of time destroying signage, kept up a fire storm on Facebook and Next Door, got outside help from Atlanta and what appeared to be a paid political operative from Kentucky with TV commercials and mailers, that didn’t convince enough folks. The kicker, they conducted no known public meetings so it appeared to be a “faceless” campaign to remain unincorporated.

Drilling down into the number it is clear the referendum was won with Early Voting. The advocates took up residence, if you will, at each Early Voting location in  South Fulton County. The numbers bear out a victory that seems to have taken place before Election Day. 19,084 “Yes” votes were cast during the 19 day Early Voting cycle, while 12,354 “No” votes were cast.

Now that the victory is in hand it’s time for everyone to close ranks and commit themselves to help make South Fulton a great place to live. The work ahead is not going to be easy, but if we all come together we can make it work and teachable moment for our young people.