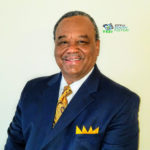 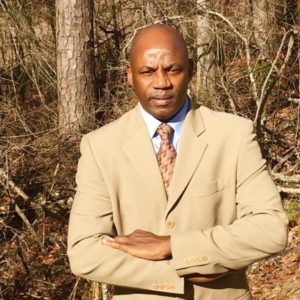 I am a graduate of Lander University History Secondary Education and Master of Education from Grand Canyon University. I served in the US Army Reserve for 10 years. I am an educator for 20 +years in middle and high school.I served 10 years in the United States Army Reserve( Airborne Chemical officer). I am an active member of my community HOA. Most importantly of all, I am a husband, father, and concerned citizen that believes the future of South Fulton is brighter when we work together.

The Reverend Shanan E. Jones currently serves as the Executive Pastor of the Historic Ebenezer Baptist Church. In this capacity, Rev. Jones, as “chief of staff,” is responsible for overseeing all of Ebenezer’s day to day operations. Since joining the pastoral staff in 2006, Rev. Jones has been instrumental in organizing several outreach initiatives such as Ebenezer’s FREEDOM CARAVAN, a large scale effort to return Hurricane Katrina Survivors home to New Orleans to participate in local as well as statewide elections. Reverend Jones, who serves as press secretary to Ebenezer’s senior pastor, Rev. Raphael G. Warnock, has also organized CUTTING THRU CRISIS, which is the church’s special outreach to African American men and boys in Atlanta’s Old 4th Ward. In this monumental effort, a minimum of 15 of the city’s top barbers are hired to provide free haircuts in a makeshift barber shop that is set up in the church. During CUTTING THRU CRISIS, men and boys are engaged in critical issues targeting their individual and collective lives. Celebrities such as Atlantic Records recording artist, T.I. and GrindTime recording artist, Mike “Killer Mike” Render have served as discussants for CUTTING THRU CRISIS. Other speakers have been Thomas Dortch, former national president of 100 BLACK MEN OF AMERICA, local news anchors, politicians, and law enforcement executives.

Formerly Ebenezer’s Assistant Pastor for Community Affair and Public Relations, Reverend Jones has also been a career public relations professional for more than 20 years. He received his Bachelor of Science in Journalism/Public Relations with a concentration in strategic political communication from Northeastern University in Boston, MA in 1998. While studying in Boston he was employed with the Massachusetts legislature as a press secretary. During the four years he worked in the legislature, Reverend Jones honed his public relations skills by working for two committees (Education and Federal, Financial Assistance) while simultaneously handling press relations for each of the eight members of the Massachusetts Black Legislative Caucus. As the caucus’s press secretary, one of his assignments was to coordinate various press efforts for visiting dignitaries to the legislature, including heads of state.

Following graduation from Northeastern, he took staff writing positions with The Cambridge Chronicle and The Somerville Journal. In 1998, Reverend Jones assisted his elder brother, the Reverend Conrad B. Tillard (branded, the national hip-hop minister)

On January 21, 2000, Reverend Jones was licensed to preach the Gospel at the historic Eliot Congregational Church in Roxbury, Massachusetts. He enrolled in the Master of Divinity/Doctor of Ministry Track at Gordon Conwell Theological Seminary, where he studied until moving to Atlanta, Georgia to serve the New Birth Missionary Baptist Church. Reverend Jones was re-licensed as a Baptist minister by New Birth on January 23, 2001.

In August of 2000, Reverend Jones was hired as the Pastor for Public Relations / Political Liaison to Bishop Eddie L. Long. He was instrumental in building important national political, as well as, national and international business relationships for the 32,000 plus member New Birth Missionary Baptist Church. In his capacity as a staff minister and PR /Public Liaison at New Birth, Reverend Jones coordinated official trips of countless heads of state, international governmental representatives, senators, congresspersons, governors and mayors who traveled to New Birth as guest of Bishop Long. He also served as the senior registered lobbyist for BELL Enterprises, Inc.

Responding to the need to challenge as well as change negative feature film and television imagery, which is largely targeted at urban youth; Reverend Jones joined with his father, the Reverend Horace E. Jones, Jr., to create the urban-inspirational feature film company, Onyx Nineveh Productions. In 2005, Onyx produced and released, THE WALK, starring Eva Pigford, Teck Holmes, and Regina Belle. The company continues to consult as well as produce film and television projects.

Living out his full calling in the emergent areas of religion, business, and social justice, Reverend Jones and his wife, Kattya V. Jones jointly own IMAGES INTERNATIONAL PUBLIC RELATIONS, LLC, a full service consultancy firm that specializes in faith-based as well as community relations centered strategic communications. Following the November 8, 2016 vote to establish the City of South Fulton, Rev. Jones announced his candidacy for the office of City Council District 3. He promises to bring to government

his work ethic of being a pastoral public servant who will always remain people centered. In fact, his campaign slogan is: “People Over Politics In South Fulton”.

A graduate of the Interdenominational Theological Center’s Morehouse School of Religion, Reverend Jones holds the Masters of Divinity degree with a concentration in Missiology as well as the Master of Arts degree in Christian Education. He and Kattya reside in Atlanta, Georgia with their Cane Corso, Mateo. 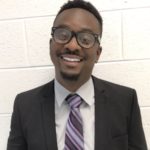 Amery Madden is a product of the South Fulton Area. He has always been an advocate of this community and its people and in all aspects served as a billboard for what South Fulton can produce.

Amery is a passionate, ethical, pro-social  leader with an open mind and understanding that collective vision yields positive results. He is trustworthy and  relatable, as he feels these are key components of any civil servant.

Amery is a proud graduate of Georgia Southern University. He has over 15 years of experience managing teams of 8 and in upwards of 100 people. He has always specialized in uniting individuals to achieve common goals by being open minded and developing strategy for resolve.

Amery Madden is committed to being your civil servant and ensuring your needs are met as the next City Councilman for District 3.

No - to personal agendas! We must focus on the family and strengthening our neighborhood bonds.

No - to corporations and organizations that do not invest into our community. We need more unification from our core Schools, churches, local establishments and community members in regards to youth development.

No - to tax increase but... Yes to crime prevention. It's important for the community members to work with our local law enforcement to insure they have what they need to keep us safe. 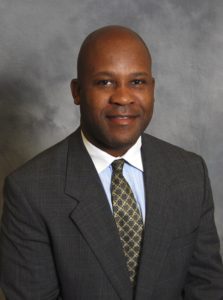 Married; 23 years (together 30 years) to High School Sweetheart, Tonya Stegall Mathis; We have 4 children that either have graduated from or currently attend Fulton County Schools.

Spouse:
Married 25 years; spouse has worked in the legal fields for 30+ years. 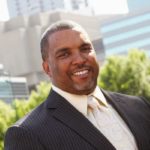 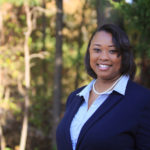