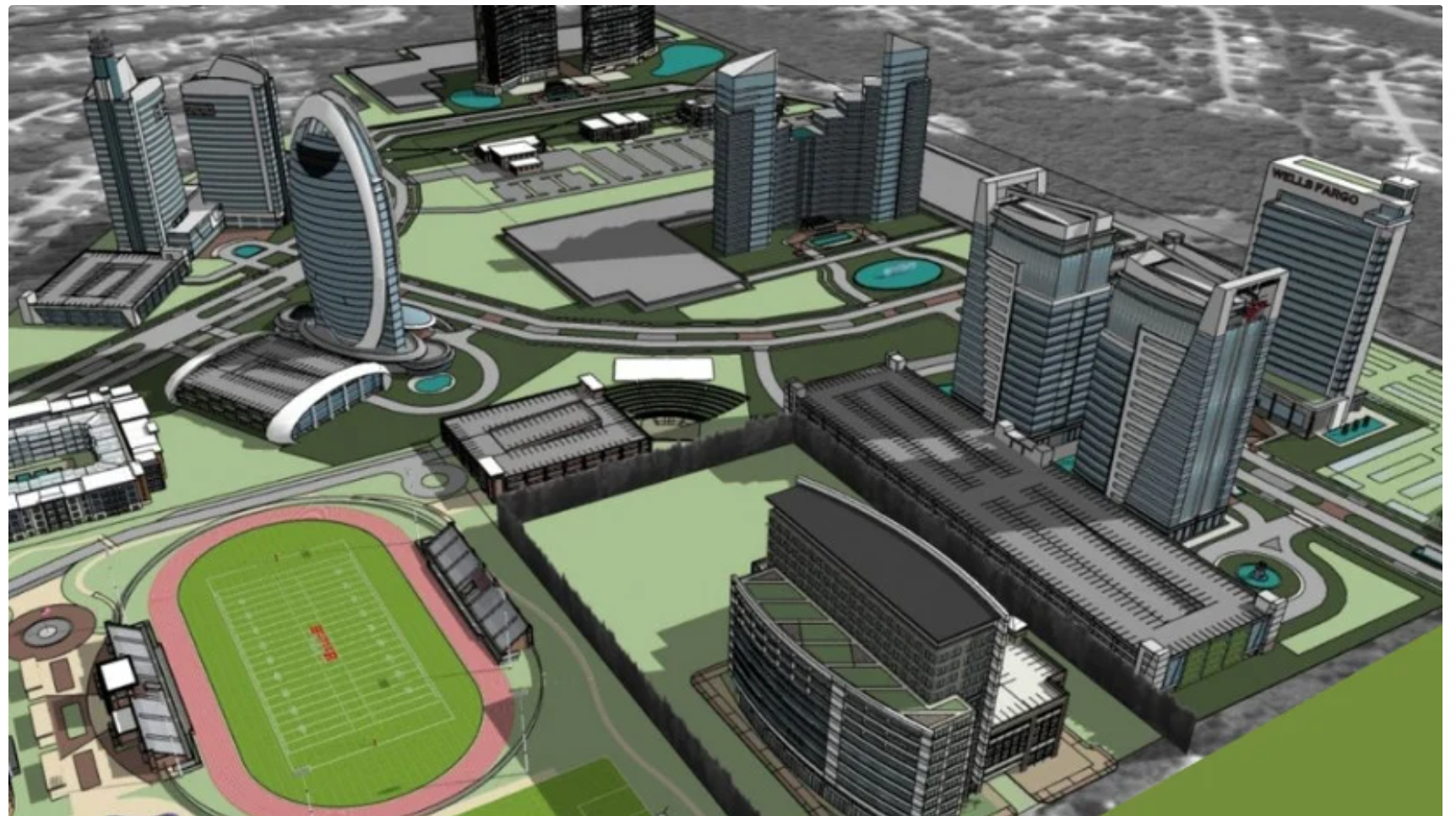 California developer BBI Development along with the City's Development Authority (SFDA) and a host of dignitaries broke ground on Friday, May 6 on a proposed mixed-use project named Town Center at Mansa Park. Once completed it will be one of if not, the largest development in the short history of the City of South Fulton. Located on and around Tucker Memorial Park along Old National Highway the up to140 acre Phase I development will improve all the outdoor amenities and redesign the park to include new fences, installing all season turf, a football stadium with a track, new baseball, softball and multi purpose fields.

Sounds great! Bring it on. The only is issue is the City's Development Authority and the City are not on the same page at the moment. Clearly there are some i's that need to be dotted along with some t's to be crossed. Along with a whole host of approvals and permits.

At the moment the Mayor is pointing fingers and making accusations against what he thinks is a cabal against the project attempting to create tension between Old National and rest of the City. The City and Council has issued a statement basically saying they have been caught off guard by the whole deal. The Development Authority is not being helpful either as it appears it only communicate with the Mayor.

All of the above mentioned parties are failing the taxpayers of the City of South Fulton when it comes to this project. They should have one objective and that is to do what's best for the City.  A special-called Executive Session is in order with the Council, SFDA and City Administration. The session should take place right away. All those in attendance should get over themselves and leave the egos, pride and attitudes at the door to get this done. Job 1 should be to help the developer with all the approval and processes. Trust me there will be plenty of time to and credit to go around later.

With such a large development there is always the law of unintended consequences. The parties should work with the City of College Park and Clayton County (Riverdale) to ensure residents don't lose their homes in surely what will be an investor frenzy. Right now Atlanta is the hottest real estate investor market in the nation. Some 40+% of sales in the last year were purchased by investors according to NPR. It is imperative that those that can least afford it don't get hurt.

Finally, the Development Authority and Council needs to build a trusting relationship because the City's success depends upon it.