Provide accurate sourced information to the readers of the site. 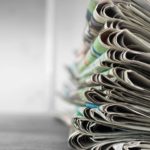 In 1999, Cascade Living was a project that was nothing more than a vehicle to put the Southwest Atlanta/Fulton county community into cyberspace. It was thought of by James and Saunja Reese natives of Atlanta and residents of Southwest Fulton. The project used their combined talents, James was once a broadcast journalist and Saunja a Computer Network Manager.

After visiting developing virtual community in Newnan they realized their community was being left behind. Thus Cascade Living was born.

The natural progression took us to today's South Fulton Living which features south Fulton County, Georgia one of the best kept secrets in all of the state of Georgia.

What's in a Name?

South Fulton is beautiful and it's synonymous with quiet small cities, urban pockets, open land, trees, rural character and winding roads. The growth over the last twenty five years has awaken a community that is vibrant and diverse. The area has an unique style among communities around the country in minutes you can travel from the hustle and bustle of the downtown Atlanta to the quiet solitude of a stream meandering through your backyard.

Home to the World's Busiest Airport, largest industrial park East of the Mississippi, and minutes from all the attractions in Metropolitan Atlanta. South Fulton residents are the working class, entrepreneurs, retirees, middle managers, and corporate captains. The residents of South Fulton are living well and that is the genesis of South Fulton Living.

Like most internet sites South Fulton Living is free. We would like to solicit advertising to defray the cost of this venture, if time allows. We hope that you take the time to patronize those businesses and individuals who advertise within our site.

Visitors are asked to provide information on upcoming events and anything that is of interest to the community in general. The focus is the community and providing as much information as possible without fear or favor.

Whether you live, work or just visiting in South Fulton we hope the information we provide will assist you in taking part in the activities that take place in the various communities - Welcome Home.

It’s more than 20 years later. Saunja passed away in 2016 from metastatic breast cancer (RIP). We miss her dearly.

The City of South Fulton was incorporated in 2017. South Fulton Living played a significant role in getting the referendum passed. Assisting with media and communications to for the City and fight off annexations by Atlanta.

72 candidates for the Mayor and the City Council were introduced to the new City’s residents on the site. Mayoral candidates were interviewed via video by the South Fulton Legislative Delegation and highlighted by South Fulton Living.

The Inauguration was streamed live by South Fulton Living and can be found on the home page and the YouTube page.

As time moves along there’s more to come.