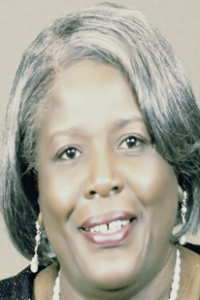 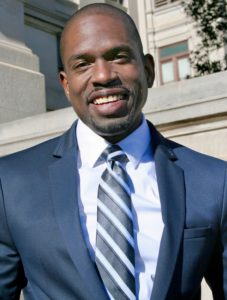 Church:
The Vision Church of Atlanta 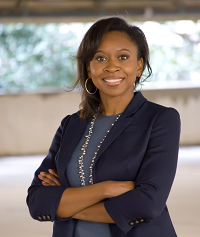 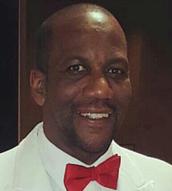 ​Torrey Tomlinson is a husband, father, coach, mentor, community activist and a 28-year member of Elizabeth Baptist Church in Atlanta, Ga. He currently resides with his family in the Hallie Hills community off Old National Hwy in South Fulton. Torrey was born September 11, 1976 in Raleigh, North Carolina. He moved to Georgia at the age of 1. Torrey’s family moved to the South Fulton area when he was 14 years old. He is an Alumni of McNair Middle School and Banneker High School. Upon finishing high school he obtained his CNA certification from Tuskegee Job Corp and his Heating and Air Conditioning certification from Atlanta Technical College.

Torrey has given back and served the South Fulton community for years. He has done so through volunteer work especially with youth. He coached youth football at Old National Youth Athletic Association. He also spear headed a youth mentoring program in which he assembled a weekly round table discussion with male students in efforts to guide them with positive role models in the community.

Old National Entertainment organizes and sponsors an annual coat drive, “We’ve Got You Covered” in which residents of the community donate new and used coats that are distributed at the Metro Atlanta Task Force for The homeless.  Alongside charity events, Old National Entertainment’s most significant event is the “Old Nat Day Stop the Violence Community Festival.” “Old Nat Day” emphasizes community involvement and works to bridge the gap between the business community and the local residences. One of the major goals of this event is to revitalize our community and restore a positive of South Fulton and especially District 6. The festival included food concessions from local businesses, activities for youth, horse riding, face painting, live entertainment from local artist, battle of the bands from local high schools and a kickball game against local community groups and organizations.

Torrey is very passionate about rebuilding the South Fulton Community and District 6 where he has called home most of his life and is raising his family. Torrey aspires to assume the role of City Councilman in District 6 of the new City of South Fulton. Torrey’s vision for the City of South Fulton is to focus on public safety to improve crime in District 6, bridge the gap between the local police departments and strengthen the relationships with law enforcement in the cities of South Fulton and South Atlanta communities. Improve infrastructure and advocate for small businesses, bring creative ideas, and improve economic growth and development for local business owners and the community as a whole. His goal is to help improve the quality of life for the residents in District 6!