WHAT'S IN A NAME?

WHAT GOES INTO A NAME OF A CITY OF SOUTH FULTON?

It's clear the organizers of the referendum for our new City of South Fulton has consensus on one thing. The new city should change it's name. It seems no to matter whether residents agree on forming the new city or not. The name has to change. The Bill sponsor State Rep. Roger Bruce and the People's Campaign the organizing group behind the referendum. Didn't want to change the name because of potential confusion.

Every marketing pro will tell you when your product has some negativity attached to it, it's time to make changes.  As for the new City of South Fulton, that time will come sooner or rather than later.  As residents of unincorporated Fulton County - South Fulton was asked to sign-off on a new city the obvious questions around feasibility, taxes, police and fire protection. South Fulton will make a fresh start with a new name.

In searching for a name that fits, Phoenix, GA is already taken. That's not going to work because it's too closely associated with Atlanta. Another name that has some Atlanta connection is "Tecumseh" as in William Tecumseh Sherman. A tip of the hat to the Native American heritage of the area and the Union General that led his army through Atlanta on to the coast of Georgia splitting the Confederacy in two.Names to consider with little thought - Campbell (old Campbell County), Campbellton (one of the largest streets in the community), Creek (after the Natives that once lived in the area), Buzzards Roost (the island in the Chattahoochee River).

A name that set us a part from the rest of Metro Atlanta and Georgia - Wolf Creek, GA, Deer Creek, GA or Camp Creek, GA. Those are just a few. Enter your name suggestion below. 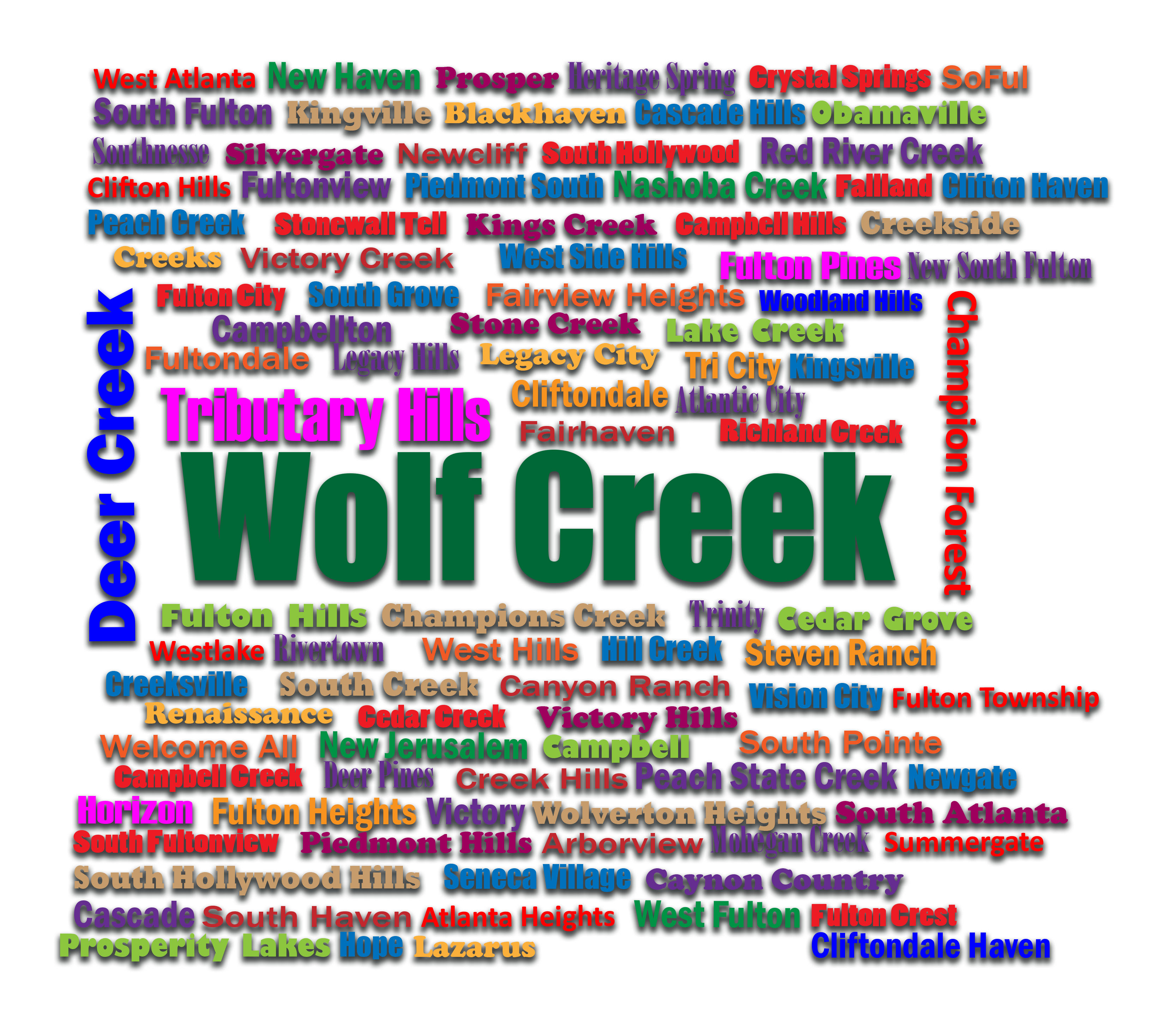