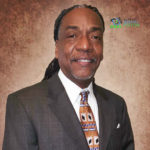 Allow me to introduce our candidate for the City of South Fulton District 5 City Councilman. "Kalvin Bennett" As a pilar of the community for many years and a 26 year long time resident of South Fulton; Kalvin Bennett  has dedicated  his heart, time, finances, and resources to enhancing the quality of life to our residents to include our youth (Our Future). Known in the community As a Godfather, entrepreneur, educator, role model, a savvy businessman, and so much more. Kalvin Bennett has earned the right to be the "PEOPLE'S Choice" for the city of South-Fulton District 5.

Kalvin Bennett is a Vietnam Era Veteran and has earned a B.A. in the Arts and a M.S. in Legal Studies.  As a business owner in the South Fulton community, Kalvin has employed numerous residents over the years, and has worked with and donated  to our local schools.

Kalvin opened his home as a mentoring surrogate parent to as many as 10 boys over the years, and guided some to D1 colleges such as, Howard and Dillard Universities, and assisted in placing some at-risks boys in Boys town- a program near Omaha, NE that gives boys and girls from distressed homes a fair chance at succeeding in life.

Kalvin has been a supporter of Cityhood for many years and worked diligently to get the vote out during the last election as part of the People's Campaign.
Public safety is Kalvin's number one concern. Kalvin would also like to bring better services and shopping to our community.

It is important for us to understand that the first group of elected officials will have a very technical, administrative and customer service oriented slate of responsibilities, and Kalvin Bennett is uniquely qualified for the job..

Visit our web site at: www.kalvin4district5.com

As a permanent resident of the South Fulton area for over 12 years, Robert H. Kelly has a strong passion and commitment to what is now considered District FIVE. Over the years, Rob has served his community in a variety of ways. Even with his wide array of experience, however, Rob is most proud of his work in helping to plant a church in the South Fulton area. "I am extremely passionate about improving the lives of everyone in my community. Being part of a church plant has given me the opportunity to inspire, encourage, and spread the love of God, impacting the lives of others in a meaningful way."

Robert received his BA in psychology from the University of West Georgia. During his time at West Georgia, Kelly began turning his desire to see meaningful change into daily action.  He became the first American-American in the history of the institution to serve two-consecutive terms in the highest office a student may hold – Student Government Association president. While maintaining a perfect 4.0 GPA, Kelly also personally mentored over 90 African-American males in a three-year span, and was instrumental in the launch and oversight of one of the nation’s primary African-American learning communities. For his significant impact on that campus and in the community, city officials bestowed upon Kelly the honor of naming the day of his graduation “Robert H. Kelly Day” in the city of Carrollton.

Robert went on to work for the #1 consumer goods company in the world, doing total account management across three national multi-million dollar brands. Even though this was a position to be highly regarded, Robert knew he was called to not just impact dollars and numbers, but to impact people. Kelly took a step of faith and left his job to pursue a career where he could impact people in a greater way.

​This led Robert to the University of Georgia where he simultaneously attained a master’s degree in Public Administration and a Juris Doctor. Through these programs, he gained meaningful experience as he worked with several municipalities to draft effective policies and provide community-building recommendations to vital stakeholders. At UGA, Kelly once again demonstrated his ability to lead and effectuate change as he served in a variety of service capacities, including Graduate Student Association President and President of the Black Law Student Association. In these capacities, he managed student funds of over $10M, responsibly allocating these funds for services and programs that benefitted his constituents.

It was also while at the University of Georgia that Robert met and married his beautiful wife, Sara, who is also a graduate of the law school and currently works as an attorney in Atlanta.

​Kelly looks forward to utilizing his unique experience, education, and love for people to bring a much-needed change. His platform of “Focusing on the F.I.V.E” is a comprehensive plan to ensure that District 5 will always be a place that we can be proud to call home. Please visit www.iamsouthfulton.com for more information. 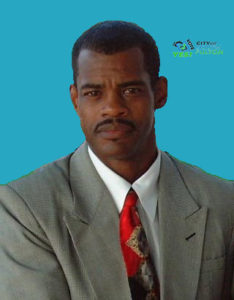 Having been a strong advocate for creating the New City Of South Fulton Kwame voluntarily dedicated his time and energy with the Peoples Campaign. The Peoples Campaign was very instrumental in keeping the residents of South Fulton informed about the pros and cons of creating a new city. When the people of South Fulton overwhelmingly voted yes for city-hood, Kwame decided he should be a representative for people in his newly created district by running for City Council and become the "People's Representative" for District 5. Now that we have local control of our communities, any differences we may have had in the past can be put aside and we can focus on making The City Of South Fulton a Great City. Kwame believes that the success of a city is highly dependent upon the input of the people within the city and he can be your voice.

As a member of the South Fulton City Council he will hear your voices and represent each and everyone of in District 5 and you will not be disappointed. Kwame is looking forward to the continued support from friends, family, and neighbors who also love this community and are expecting positive changes. Kwame is a former police officer and has been active in the community as president of The Meadows subdivision, being a voice for positive change whenever an unfortunate event arises and will be able to do even more as your City Council member for District 5. The people are tired of politics as usual and the buddy system that seems to run rampant when it comes to politics and city government. The people of South Fulton have spoken and are looking forward to a reduction in crime, cleaner streets, better educational & recreational programs for the neighborhood youth, and protecting the well being of our seniors as well as economic and business development  in under-served areas within district 5 of the new city.