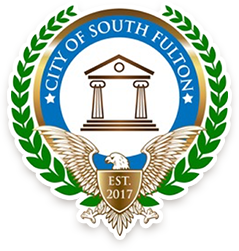 The City’s branding consultant VIVO360, Inc. has narrowed down hundreds of naming suggestions to a top twenty potential names for the City of South Fulton. Yes, twenty. I’m suddenly thrust back some 22 years ago when my late wife and I were going over names for our soon to be born first son. We wanted a name that had a familial connection, a meaning, character, something he could live up to. I think of the same when I think of South Fulton, except I want a name that characterizes us and the land on which we live.

I’m a bit disappointed at the chosen names. Personally, having taken suggestions from more than 400 citizens on this site. I think we could have done better, a lot better. Having zero knowledge of the process that was followed I’m left scratching my head. I’m sure time was a factor in how this process apparently played out. It appears more time was spent selling residents on the idea of Sanitation Services than choosing a name for this city. There’s a Citizen Engagement Forum coming up this Wednesday for residents to comment I’m guessing. I would have thought the residents would have been given more of a chance to narrow the list.

None of the names give me that “warm and fuzzy” (LOL). I'm gonna try to define each name that was chosen as I see them.

Atlanta Heights – Not feeling an Atlanta connection, those that worked closely on the referendum understands this more than anyone. We should be seeking our own identity.

Camp Creek – Think of your dog staring at you and turning her head. Not quite sure what to make of it.

Campbellton – Hmm, it does have some historical significance.

City of South Fulton – That’s the reason we are going through this exercise to begin with.

Cliftondale – I love living in the community, but it doesn’t speak to the entire city

Herndon Woods – No, sounds more like a subdivision than a city

King City – I don’t see the connection, I think I know where they are going, but no connection here, move along.

Langston – Huh? Really? Who put that on the list?

Legacy City – Why add “City”? It ruins an interesting choice.

New Hope – Other than being a street and church in the community isn’t that one of the episodes of “Star Wars”?

Pinewood City – See above, there’s that “City” moniker again. Besides Pinewood Studios is in Fayette County and this would create confusion.

Prosperity – Just don’t think everyone is on that train. A shorten version would probably be better.

Renaissance – What are we reviving? Nah, bad idea.

Southhaven – Personally don’t care for the use of the word “South”, in most folks minds it’s negative.

Unity – No, too close to Union as in Union City

Welcome All – A community and park, doesn’t speak to the entire city. Folks not familiar with the name will end up calling it Waccamaw.

There you have it, my take on this naming thing. My hope is that more citizens are involved in this process and not just elected officials, employees and their paid consultants. We all know our City Council can get in its “feelings” and forget about us the residents of the city. Because when it’s all said and done our city like your child is going to have to live with it for the rest of its life.