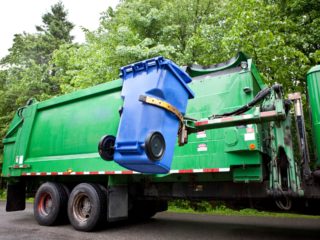 New sanitation plan allows inequity in pricing and service across the City.

South Fulton, GA – The new sanitation plan and ordinance adopted by the City of South Fulton was designed to help keep the City cleaner and standardize trash services for residents. The plan was based loosely on a Solid Waste and Materials Management Plan prepared by A. Goldsmith Resources LLC for Fulton County in 2016. That plan mandated $20/month for trash, recycling and bulk waste services. Yes, recycling and bulk waste.

The City’s staff provided the City Council with an ordinance and reasonable plan through a Request for Proposal that would have standardized sanitation services across the footprint of the City. The finalist were Advanced Disposal, Republic Services and Waste Industries. The chosen provider Advanced Disposal would have collected trash, recyclables, and bulk waste, so we thought. Enter the policymakers that is the City Council and voila the City cancels the RFP after a Special Called Meeting of the Council. It’s ironic, Advanced Disposal and Republic Services are not providing residential services in the current mailers promoting the newly renamed Waste Collection Program.

With the RFP thrown out the City’s staff goes back to the drawing board and comes up with an alternative which was initially introduced as the “Sandy Springs Model”. This new model balkanizes the original plan and throws trash collection back 20 years. Not only does it require every homeowner to have waste collection it requires the use of City certified haulers who by the way doesn’t serve the entire City to pay a 5% fee for the pleasure of doing business here. That fee by the way is being passed on to the residents like a franchise fee.

By now, nearly every homeowner in the city has received at least one, if not two of the mailers announcing the City’s Waste Collection Program. To my dismay the ordinance leaves the pricing and service offerings up to the haulers. What is transpiring is next to unbelievable.

Residents within subdivisions who choose the same hauler are given an economy of scale discount over residents outside of subdivisions. For instance, The Lakes at Cedar Grove pays around $36 per quarter versus a resident on Cedar Grove Road paying $60 or more just for trash pickup. Those prices are going up in the new year. One of the small haulers says it cost them more in fuel and time to pick up trash outside of subdivisions, therefore the difference in pricing. Haulers forget, in order to service subdivisions, they must drive past hundreds of other homes, so the statement is false.

Non-subdivision dwellers are subsidizing those in subdivisions. That issue compounds when you look at the number of households that don’t have a service and uses the Merk Miles Landfill. For those residents the ordinance is a huge hinderance. Some residents have been hauling their own trash and waste to Merk Road for 20 plus years. Suddenly, they are paying $60 per quarter a non-starter. Not to mention there is talk the landfill will be closing soon and the City is not in the business of operating a landfill.

It’s the responsibility of the City Council that created this mess to get out of the way. First, they must step back into their policymaking roles and let the City staff we are paying to run the day-to-day operations of the City do their jobs. Their job one is to re-write the ordinance to include getting back to the original plan, put price controls in place, mandate additional services (recycling and bulk waste) at no additional charges. Work with Merk Miles customers to bring them on board by finding a solution that works for all.

Some will argue about the small haulers. I say those guys can work with the larger haulers to provide adequate coverage of the City. Some will argue about government control. We are the government and we are being taken advantage of by waste haulers and City Council Members who are not properly representing the needs of the citizens.

At the end of the day the City has earmarked $9M dollars in the budget to be collected from the Waste Collection Program via the 5% fee which is passed through to residents, so we are paying the additional 5%. Essentially a new tax that suppose to go toward road maintenance.

Email or call your Council member and the City Manager about getting this right. Tell your waste hauler who is charging more to give you the subdivision rate. At a minimum we should not accept this because we are not being adequately served for the money we are paying. If properly implemented we could be paying $20 a month for trash, recycling and bulk waste hauling.